By early 1917, World War I had devolved into a grueling war of attrition along the Western Front. But on April 1, the Dutch magazine Het Leven reported about a new weapon that might change the nature of the conflict. It was Trojan Horse Bombs — fake bombs that concealed people inside of them, that might be used to get soldiers deep into enemy territory. 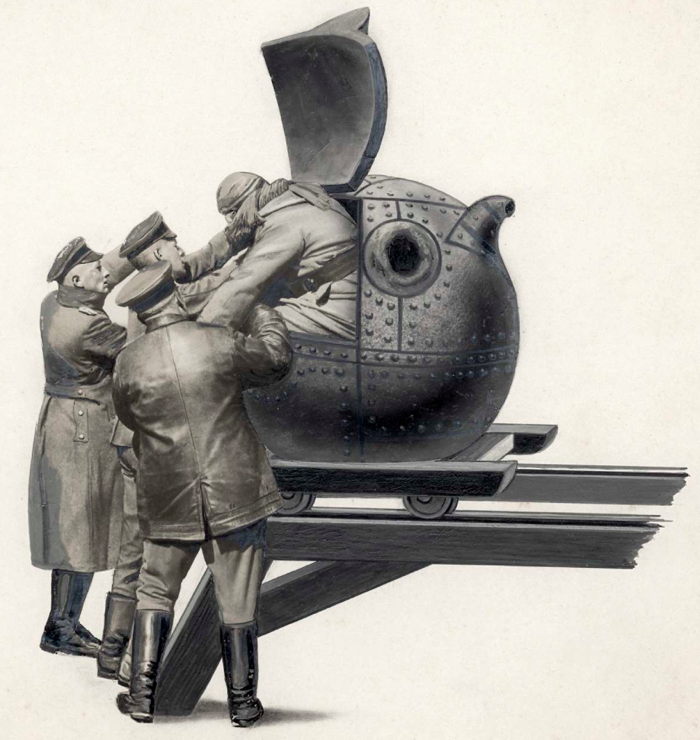 Soldiers helping a bomb occupant into one of the Trojan Horse devices. 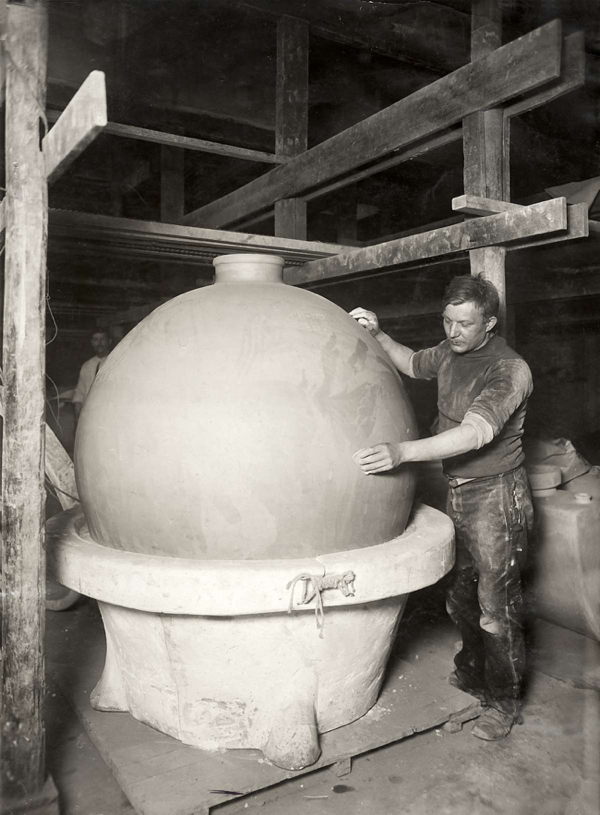 Supposedly one of the bombs during the process of its construction. In reality, this was a piece of pottery.

The occupant of a Trojan Horse bomb.