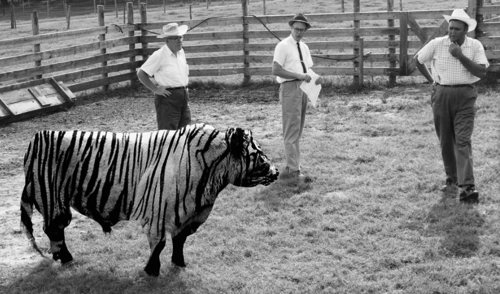 The Tigris bovis also had to be kept away from chickens, as it had a tendency to viciously attack them.
Links and References
April Fool's Day Animals April Fool's Day, 2014
Tweet