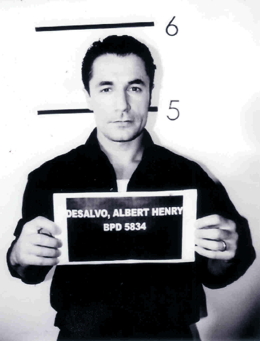 The Texas House of Representatives unanimously passed a resolution honoring Albert DeSalvo, noting that he had been "officially recognized by the state of Massachusetts for his noted activities and unconventional techniques involving population control and applied psychology." The resolution further noted that "this compassionate gentleman's dedication and devotion to his work has enabled the weak and lonely, throughout the nation, to achieve and maintain a few degrees of concern for their future."

DeSalvo was more widely known as the "Boston Strangler." He had confessed to killing 13 women.

The resolution was sponsored by Representatives Tom Moore and Lane Denton, who said they intended to demonstrate that "No one reads these bills or resolutions. If someone gets up and says it's a good proposal, then everybody votes yes without reading it or even giving it a good second thought."