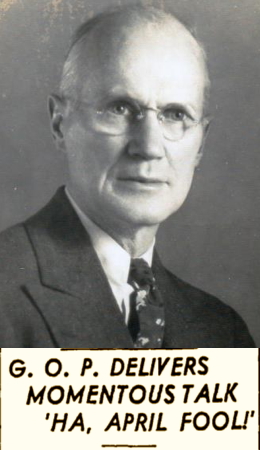 Robert Fleming Rich, a Republican congressman from Pennsylvania, was known for making a heated one-minute speech almost every day the House was in session. His constant subject was the national debt. His constant refrain was, "Where are we going to get the money?"