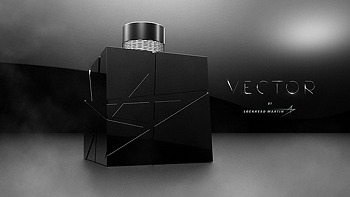 Aerospace company Lockheed Martin announced it had created a fragrance, which they named Vector, that recreated the smell of space by blending "metallic notes... with a sterile feel, balanced by subtle, fiery undertones that burn off like vapor in the atmosphere." While the announcement was tongue-in-cheek, the company really did create a small amount of such a fragrance that they gave away as samples.