The front page of the Scottdale Daily Courier showed a photo of a large sinkhole that had reportedly formed at a busy intersection downtown. The crater was estimated to be 45 feet deep.

"One family was indignant when a member returned home from downtown Saturday and did not even mention the fact that a large portion of the street had caved in. Other readers expressed concern for the safety of passengers in the autos in the picture. Others coming downtown later Saturday to see the hole marveled at the rapid fill-in and repavement of the mythical 'mine sink.'" 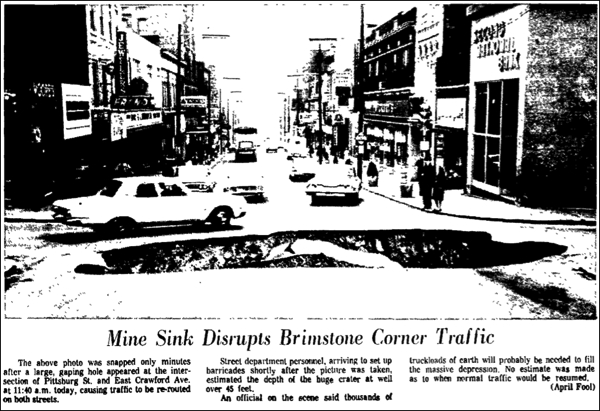