The Light of San Antonio, Texas reported that a huge army missile had accidentally escaped from Kelly Air Force Base during testing, "screamed over San Antonio," and crashed into a water tank near Trinity University. An accompanying picture showed the missile embedded in the ground as water from the tank poured over it. An Airforce Colonel was quoted as saying, "We're spending a great deal of money and much of this nation's international diplomacy is based on the armed strength this and other units like it achieve. So I hope you'll understand why I have no more time for this damned April Fool gag." 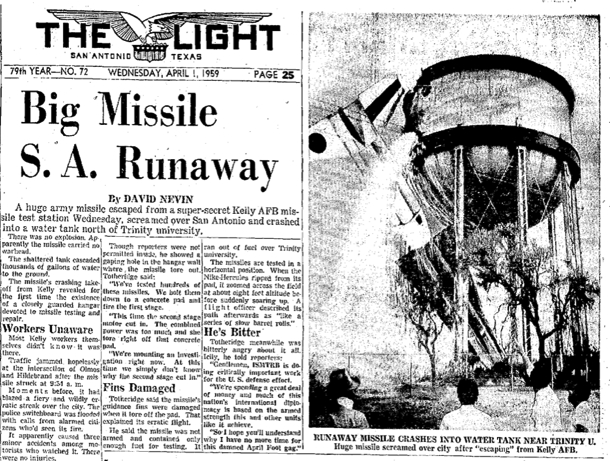