What are the rules and customs of April Fool’s Day?

April Fool's Day is a celebration of mischief and misbehavior, but it's not a complete free-for-all. There are rules about how it should be observed. Unwritten rules, but ones that nevertheless hold the weight of hundreds of years of tradition. And even for those who do not plan to play pranks, there are customs about what are appropriate activities to engage in on the day.


Do No Harm (and nothing illegal)
The first of April is a time for lighthearted humor, and pranks perpetrated on the day should reflect this. Ideally an April Fool's Day prank should be funny to everyone involved when it's all over. At least, that's the goal.

The essence of an April first prank is to fool a victim. Therefore, pranks that involve no deception are considered out of place. Traditional April fool pranks include gluing a coin to the pavement, putting salt in a sugar bowl, and tricking someone into believing their shoelaces are untied. 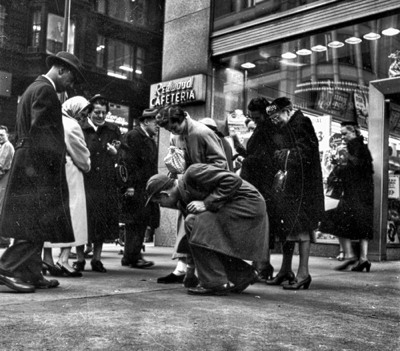 A typical April Fool's Day prank: gluing a coin to the sidewalk
and watching as people try to pick it up
On Halloween, by contrast, pranks often assume a darker, more malevolent quality and do not necessarily involve any deception. Traditional Halloween pranks include soaping windows, throwing eggs at cars, and covering houses with toilet paper.

It's considered acceptable for April Fool's Day pranks to cause some inconvience to their victims. Making people feel embarrassed or irritated is okay. Wasting people's time — okay. Making them do some work to undo the prank — also okay. After all, the entire point of April Fool's Day is to make people look foolish.

However, inconvenience should never turn into actual violence or harm. This includes causing serious psychological harm. No one should get hurt. Nor should property be permanently damaged. Nor can April 1 be used as an excuse to engage in any illegal activity.

The lore of April Fool's Day is full of examples of people who failed to understand these limits and got their comeuppance. For instance, 19th century newspapers frequently repeated the story of a Parisian woman who, on April 1, 1817, stole her friend's jeweled watch. When the gendarmes arrested her, she initially denied having taken the watch, but when it was later found in her apartment, she explained that the theft had merely been an April fool joke. The story concluded, "her ill-timed pleasantry was punished by the jocular sentence that she should be incarcerated until the first of April of the following year, 1818."


No Pranks After Noon
This rule appears to be peculiar to English-speaking countries. The custom is that pranks can only be perpetrated until twelve o'clock noon. After that time, anyone who tries to play a prank is himself (or herself) the fool.

There's probably an element of ancient folk belief lurking behind the rule. April Fool's Day honors the spirit of Folly, which is a powerful force. And as such, it needs to be contained within strict temporal limits, lest it overspill its boundaries and cause chaos throughout the rest of the year.

Although there's no known record of this rule having been explicitly articulated outside of English-speaking countries, it's nevertheless widely observed, for a practical reason. People are more likely to be fooled in the morning, when they might not remember what day it is. As the day progresses, they'll wise up, and pranks against them have a higher chance of failing.

The earliest reference to this rule is found in the British journal Notes and Queries (Aug 11, 1855) by a correspondent who noted that it was a tradition in the county of Hampshire that those who played pranks after twelve o'clock on April 1 would be greeted by the following verse:
Half-a-century later (Apr. 15, 1905), several more correspondents to Notes and Queries recalled the rule being strictly in force during their childhood in the mid-nineteenth century. For instance, Harry Hems. wrote: "It is fully half a century ago since I left school, but it is well within my recollection that the practice of playing pranks upon one's fellow pupils on 1 April was not permissible after noontide. Then those who had been tricked by their companions were pointed at by the latter, and the following somewhat dense couplet hurled at them: 'April's gone, and May's come; You're a fool and I'm none!'"

Thos. Ratcliffe remembered that pranks perpetrated after noon were greeted by a slightly different response: "April Fool Day past an' gone, You're ten fools for makin' me one!"

In a 1959 study of British schoolchildren, Peter and Iona Opie found that the rule was still enforced every April 1 in school yards. Several decades later, child psychologist Brian Sutton-Smith also observed the rule in effect in New Zealand schools.

During the past three decades, it's become common for companies to issue spoof announcements on the morning of the first, and wait unil noon to reveal the joke, thereby staying true to the rule. The restaurant chain Taco Bell did this in 1996 when it ran full-page ads in American papers announcing that they were purchasing the Liberty Bell and renaming it the Taco Liberty Bell. The company then issued a press release at noon confessing to the hoax.

Another strategy used by advertisers is to send a spoof press release to reporters a few days early, with instructions that the announcement should be "embargoed" until April 1. (That is, it should not be reported as news until then.) This ensures that the spoof will appear in papers on the morning of the first. However, reporters do not always obey the embargo. A famous example of this occurred in 1998 when Guinness issued a press release on March 30 (embargoed until April 1) announcing that, in honor of the upcoming millennium celebration, they had reached a deal with the Greenwich Observatory such that Greenwich Mean Time would temporarily be renamed Guinness Mean Time. The Financial Times broke the embargo a day early, not realizing the announcement was a joke, and criticized the supposed corporate sponsorship as setting a "brash tone for the millennium". 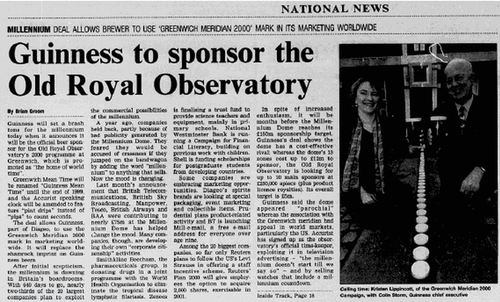 The Financial Times mistakenly reported Guinness's spoof a day early
The global reach of the internet has provided a new incentive to make spoof announcements as early as possible (thus staying true to the 'before noon' rule, even if unwittingly), because if the joke is released too late, it may unfairly confuse people in time zones where it's no longer April 1. This happened on April 1, 2013 when the actress Lindsay Lohan waited until 10:35 pm (pacific time zone) to tweet that she was pregnant, which she intended as a joke. But her attempt at humor was widely criticized because many of her followers were on the east coast, or in Europe, where it was already April 2. Therefore, they assumed the news was real.


April 1 As An Unlucky Day
It's an old superstition that April 1 is a cursed, unlucky day. Various religious reasons are sometimes given for this. For instance, April 1 is said to be the birthday of Judas, or the day Judas hanged himself, or the day the devil was banished from Heaven.

April 1 was long believed to be a bad day to schedule important events. It was said that those who wed on April 1 would never be able to trust their spouse, dooming their marriage to failure. Or that a man who married on April 1 would always play second fiddle to his wife. After Napoleon wed Marie-Louise of Austria on April 1, 1810, his subjects mockingly began to call him a "poisson d'Avril" (April fish). The mockery was even put to rhyme: "Napoleon, Napoleon, / We thought you were a nice Italian dish! / Instead we have discovered that you are a small April fish!"

In rural communities, it was considered unwise to sow any crops on April 1, because these crops would fail. Children born on April 1 were thought to be unlucky children who would grow up unruly, out of control. And the sinking of the R.M.S. Titanic has been attributed to the fact that it completed its sea trials on April 1, 1912. (Although the trials were actually delayed until April 2 due to strong winds.)

Along similar lines, it was said that if someone discovered they had been made an April fool and lost their temper, that would cause them bad luck in the future. However, a rare positive superstition predicted that if a bachelor was fooled by a pretty girl on April 1 (and, one assumes, didn't lose his temper) that meant he would marry her.

Such superstitious beliefs are no longer given much credence. Nevertheless, it remains common to avoid scheduling important events on April 1. This is particularly true in both government and business. The practical reason given for this avoidance is that people may think that any kind of major announcement or product launch on April 1 is a joke. For instance, in 2012, when New Zealand had scheduled new traffic regulations to start on April 1, the Transport Minister changed the date at the last minute to March 25, citing concerns that people would not take the new rules seriously.

However, remnants of the old superstitious beliefs may still lurk behind some decisions to avoid April 1. In 2012, when Chrysler pushed back the production launch of the Dodge Dart until after April 1, the reason they gave was that they wanted to "avoid being jinxed" by an April Fool's Day Launch.

Of course, sometimes companies will purposefully launch products on April 1 to defy convention. The most famous example of this occurred on April 1, 2004 when Google debuted its new Gmail email service, that came with a gigabyte of free storage. At the time, it was unheard of to offer so much free storage, so there was widespread speculation that the announcement was a hoax. This speculation was fueled by the fact that Google had already established a tradition of making spoof announcements on April 1.

Another famous April Fool's Day launch occurred on April 1, 1976 when Apple Computer was founded by Steve Jobs, Steve Wozniak, and Ronald Wayne. According to histories of the company, this date was chosen purposefully as a way of saying "we want to be different". 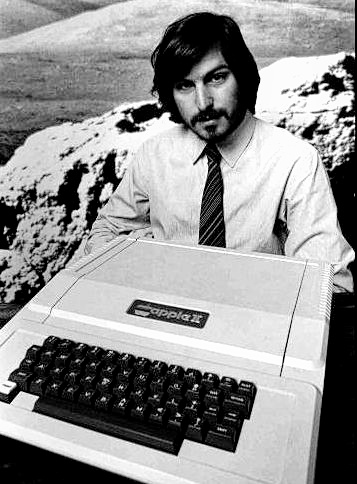