French station RTL announced that Roselyne Bachelot, former French Minister for Health, would play a "Bond girl" in the next 007 movie alongside Daniel Craig, despite the fact that Bachelot was 66 years old. Apparently the production company in charge of casting was hoping, by choosing her, to appeal to a "more senior" audience in the next movie. 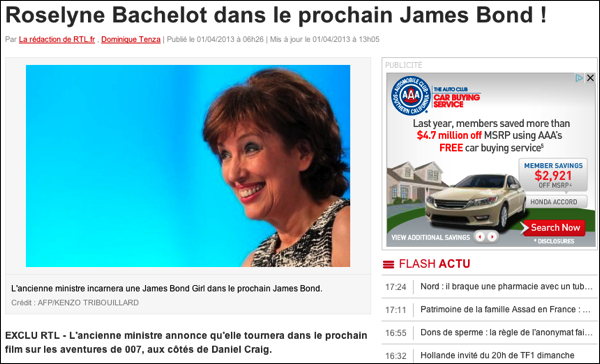