"H.R.H. Edward, Prince of Wales, is seen placing a ring on the finger of his bride. Note that she is masked. This precaution was considered necessary to hide her identity from several thousand members of the Girls Who Have Danced With the Prince of Wales Association, whose protest demonstration staged outside the palace during the ceremony had reached the proportions of a riot."
[April Fool photo distributed by the Newspaper Enterprise Association] 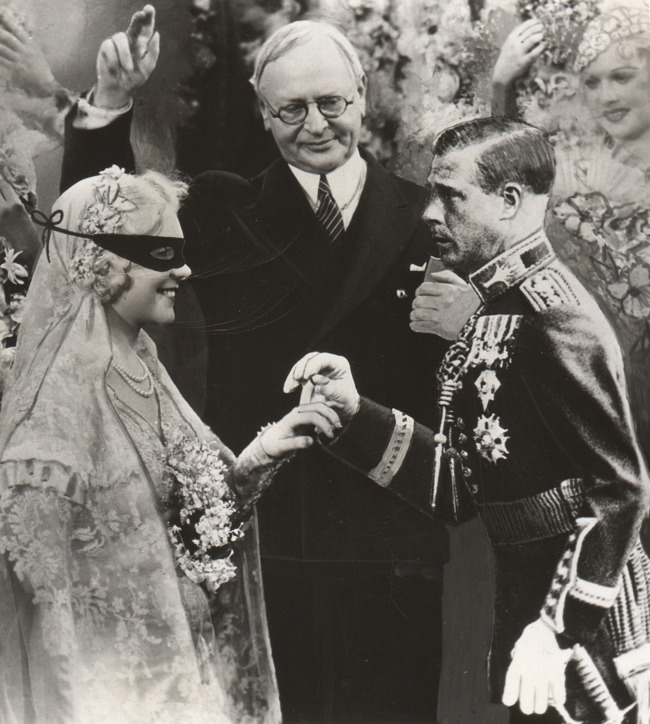