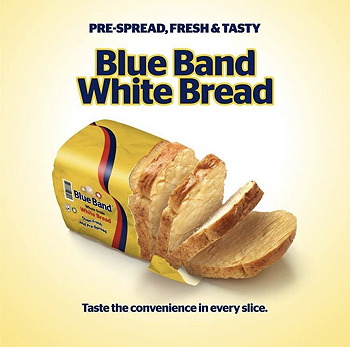 The manufacturers of Blue Band, a popular brand of margarine in Kenya, revealed they were diversifying into baked goods, with the introduction of loaves of pre-buttered white bread: "Pre-Spread, Fresh & Tasty." They made the announcement several days before April 1st, which caused some confusion on social media, but revealed the joke on April Fools Day.