The April 3 issue of the Saturday Evening Post had an April Fool cover drawn by Norman Rockwell, in which the artist placed 45 "mistakes and incongruities."

Rockwell said he created the cover in order to fix the people who write in about mistakes, but the mistake finders may have got the upper hand. Rockwell later confessed that one man wrote to him from South America claiming to have found 120! 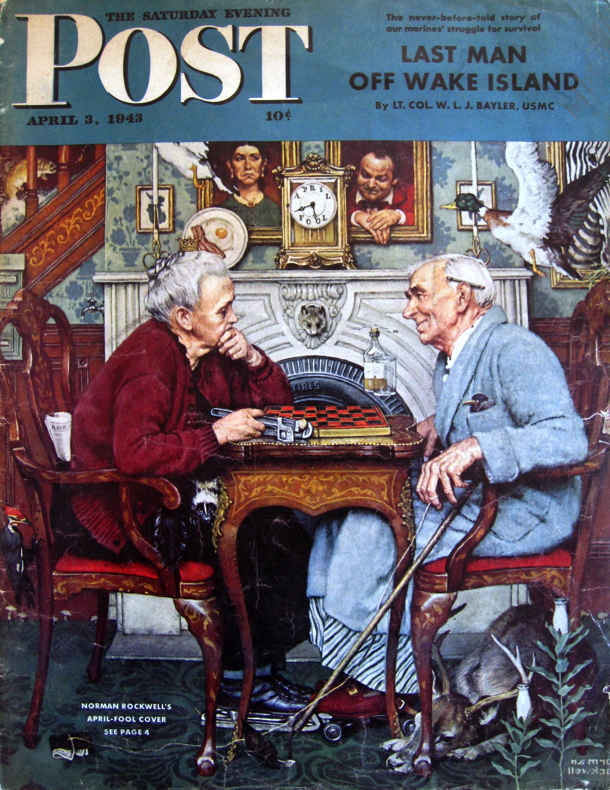