Dutch entrepreneur Merijn Everaarts unveiled a plan to create a floating island made entirely out of plastic. His idea was that he would use a machine called a "Sea Duster" to collect plastic waste floating in the ocean — the so-called "plastic soup" of marine debris. 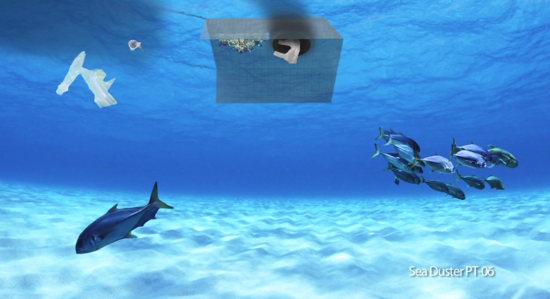 The Sea Duster
The machine would then process this waste into buoyant plastic blocks, using algae as a binder resin to attach them together. Slowly the island would form, like Lego blocks being put together.

The new plastic landmass, which he planned to call "Dobber Island," would be constructed off the coast of Zandvoort, a popular Dutch beach town. 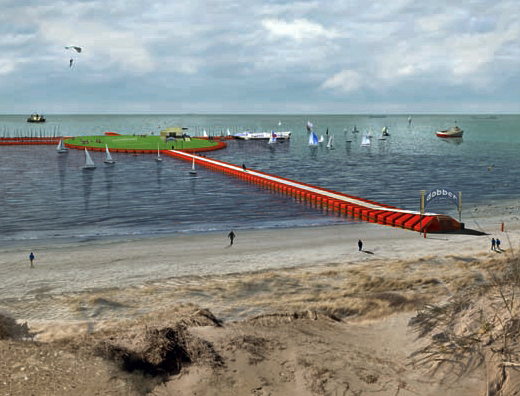 Dobber Island -- artist impression by Jeroen Murre
Everaarts said he already had the funds to start the project, raised from a small number of high net worth individuals. But he planned a second round of investment, offering 100,000 shares of €100 each. Each share would represent an ownership share of one-hundred-thousandth part of the island.

Following April 1st, Everaarts revealed that his plan was a joke, which he hoped would raise awareness about a serious problem. He invited people to share with him serious ideas about how to tackle the problem of plastic waste in the oceans.

Dobber Island from Markvanedenproductions on Vimeo.