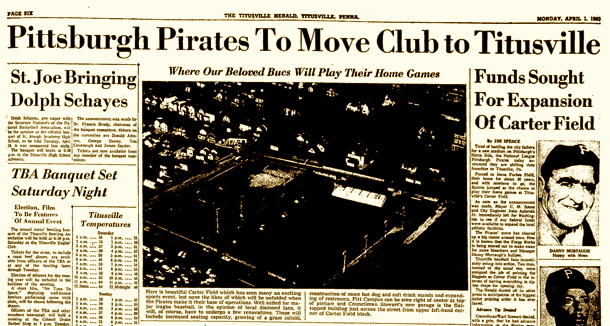 The Titusville Herald ran a headline across the top of its sports page declaring that the Pittsburgh Pirates Major League Baseball team was moving to the small town of Titusville, Pennsylvania (population 5000). The team reportedly was making the move because it was "tired of battling the city fathers for a new stadium on Pittsburgh's North Side."

Players for the Pirates were said to be happy with the move, although reliefer Roy Face asked, "Where's Titusville?"