The Berliner Illustrirte Zeitung reported that Honolulu's famous pineapple-shaped water tower, which stood over the cannery of the Dole Food Co., was actually filled with pineapple juice, not water. The juice was supplied free of charge through a "special pipe network" to the homes of employees of the pineapple company, after six o'clock in the evening. 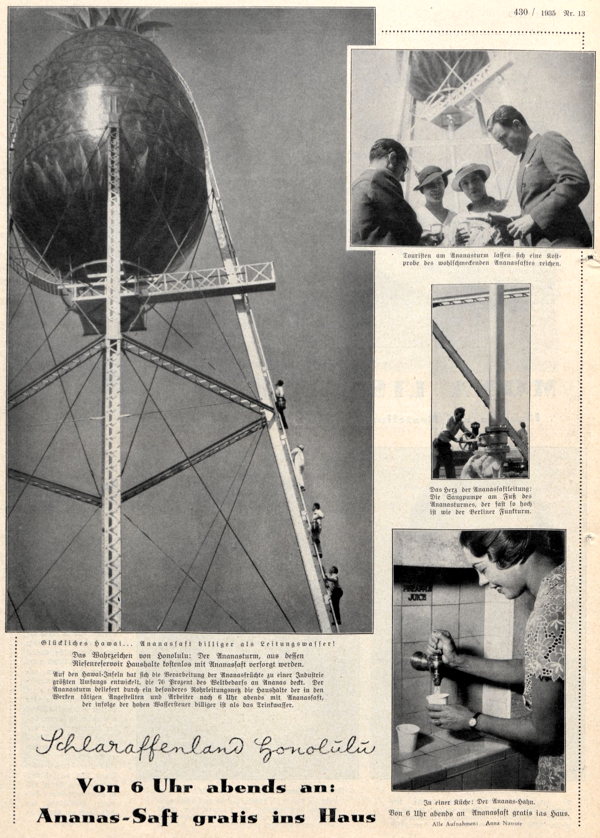 Honolulu Land of Plenty
After Six in the Evening: Pineapple Juice Free in the Home