The San Antonio Light reported the collapse of a pedestrian overpass, though it noted that "the collapse might have been engineered by subversive elements":

"children had just passed over the span on their way to the school's playground when the steel structure began to vibrate. As they turned to watch, open-mouthed, the structure fell 40 feet onto the concrete roadway with a thunderous crash. A Light photographer was photographing a kite-flying competition nearby and rushed to the scene to take the dramatic picture shown above." 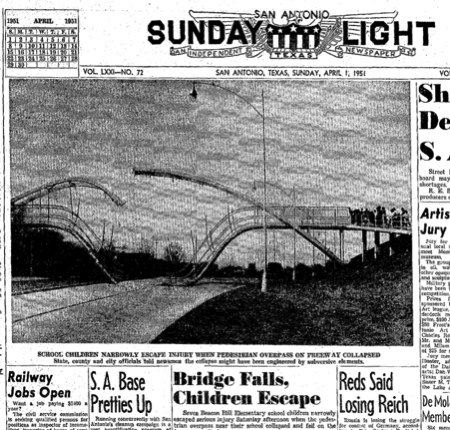