Radio Umschau, a German weekly journal about radio technology and broadcasting, revealed that two Polish researchers, Drs. Kowsky and Frost, had made a spectacular discovery while experimenting with high-frequency FM waves and quartz resonators. When they aimed the FM waves at a small quartz crystal (measuring 5mm x 2mm x 1.5mm) and increased the output to several kilowatts, the crystal transformed into an opaque cube 10 cm in length.

Strangest of all, the cube rose into the air, lifting the entire apparatus of the experiment with it. Tests showed that the cube could support a weight of 25 kilograms. The cube had not only become weightless, but had actually achieved a negative weight.

The researchers speculated that they appeared to have found a way to overcome the force of gravity.

Years later, the text of the article began circulating in the small community of anti-gravity researchers, and removed from its original context, many were not sure whether or not the experiment really had taken place. The date of the publication (April 1, 1927) suggested it was a joke. But still...

This mystery was only resolved in the 21st century when investigators from the GÖDE-Stiftung Institute found archived copies of Radio-Umschau in the Frankfurt University Library, and found a statement in the subsequent (Apr 10, 1927) issue to the effect that whether or not gravity had been overcome would soon be known, as long as one of the young researchers hadn't already floated up into the air with his cube and was wandering about in space. From this statement, the researchers concluded that the article had been intended as a joke. 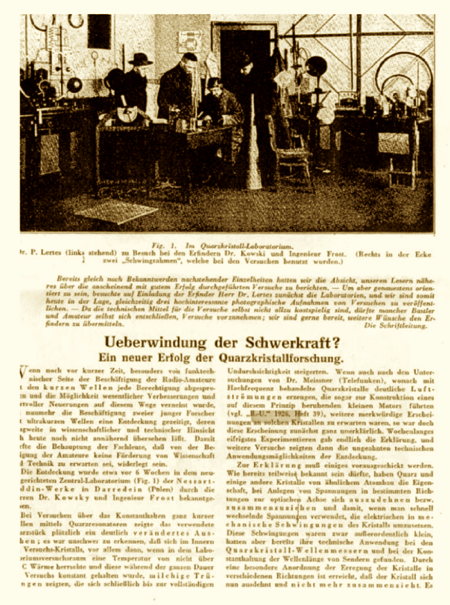 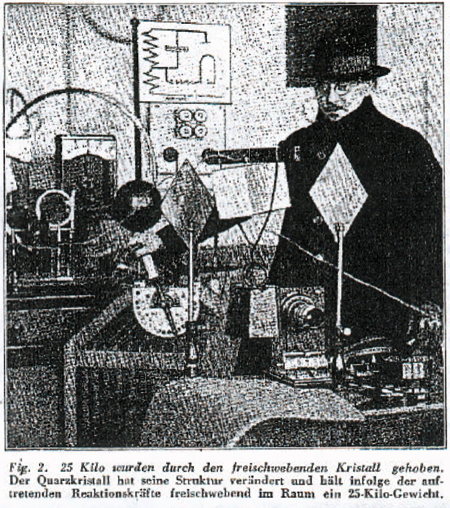 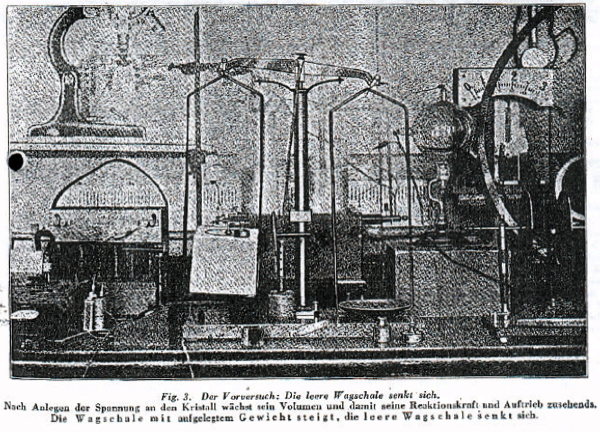