Radio-Electronics published its annual April Fool article by Mohammed Ulysses Fips, in which Fips described his invention of a device that eliminated all noise by means of "dead-beat heterodyne." He explained:

"Sounds are relayed electrically to our electronic noise eliminator and are amplified by means of special electronic circuits. Then they are fed into a special differential oscillator. The machine now emits the identical sounds or noises it hears, at the exact frequencies and intensities. The result is a dead-beat heterodyne. This causes total sound interference. The result is absence of all sound — a dead quiet."

Unfortunately, Fips's boss smashed the device because it made it impossible for people in the office to hear each other talk. 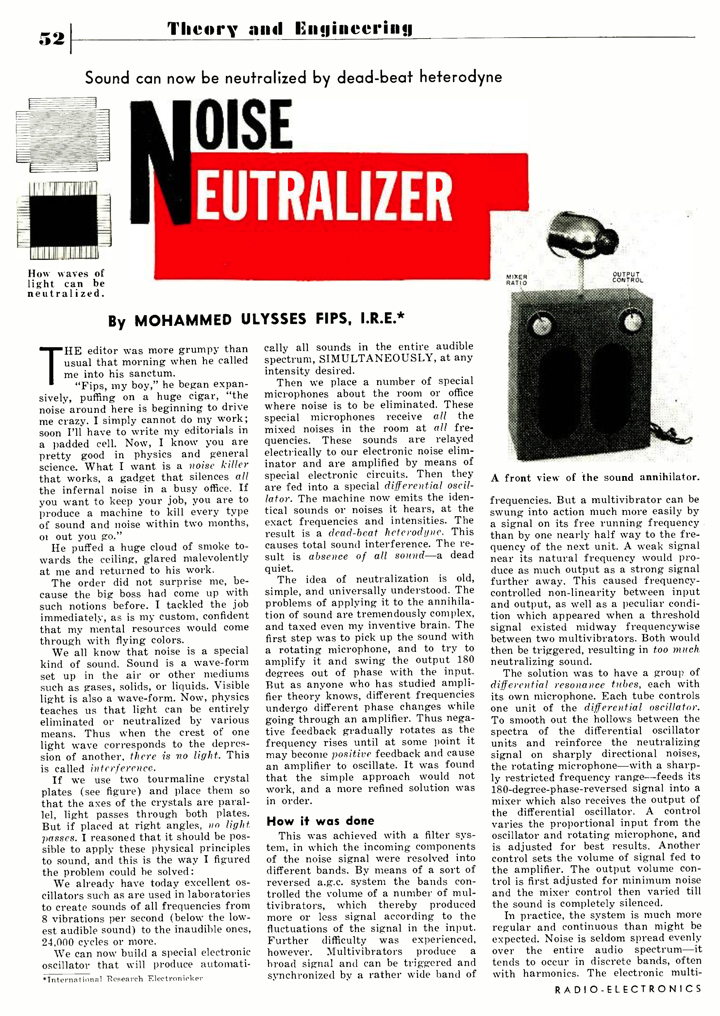 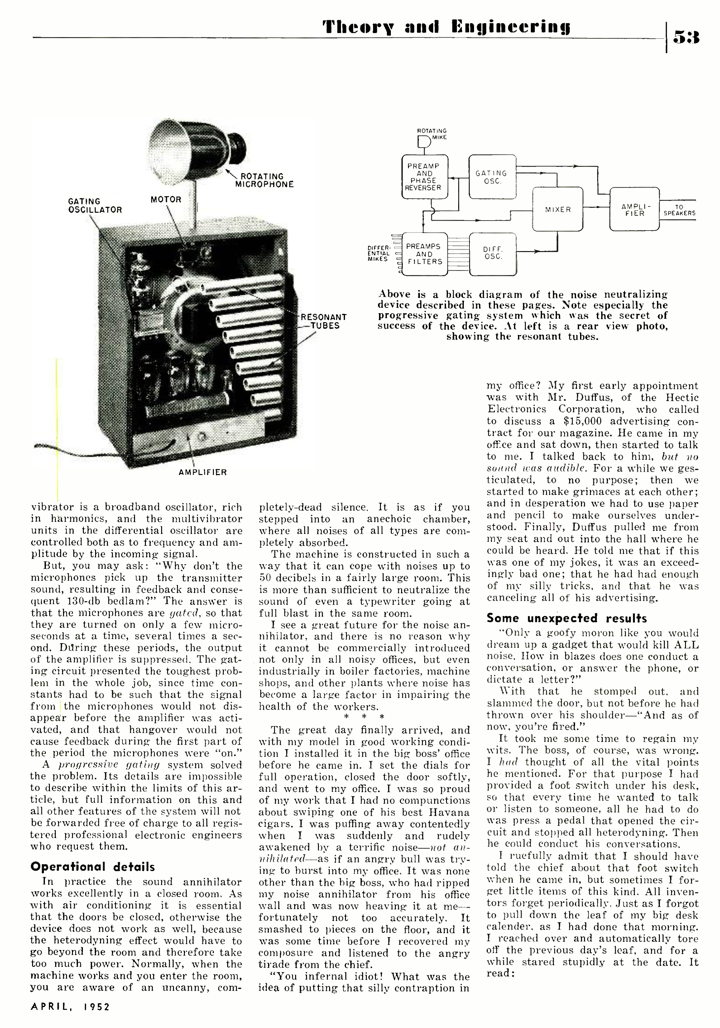