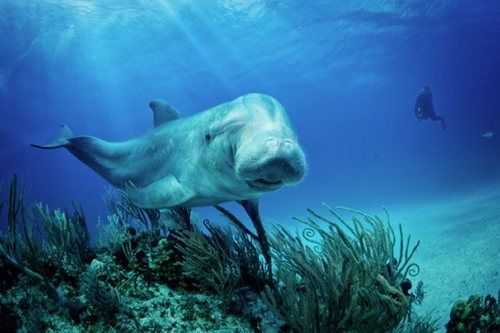 The officials explained that manaphins had long been known in Central and South America where they were called the delfin de la suerte (lucky dolphin) on account of an old legend that a glimpse of the mammal was considered to bring good luck. Charles Darwin reportedly sketched a manaphin while visiting the Galapagos in 1835. 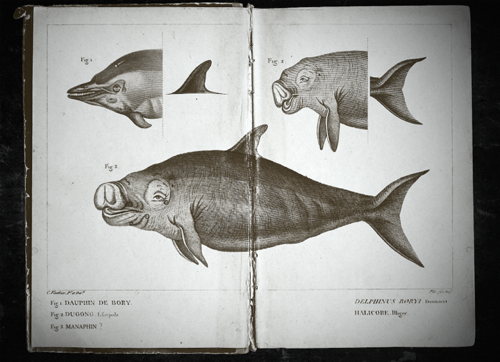 A sketch of a manaphin, possibly by Charles Darwin
An accompanying website, manaphin.com, offered more information, including video of the manaphin off the coast of the Pinellas Peninsula (although many people reported having trouble getting the video to load).


The Reality
Unfortunately the manaphin only exists in the imagination of the Pinellas tourism agency. However, the manaphin was selected by the Daily Telegraph as one of the top April Fool's Day pranks of 2014 from the travel industry. And ABC News praised it as one of the best April Fool business hoaxes of 2014.

The "video" of the manaphin was a joke, since there was no such video. The screen simply showed a loading symbol that circled endlessly. 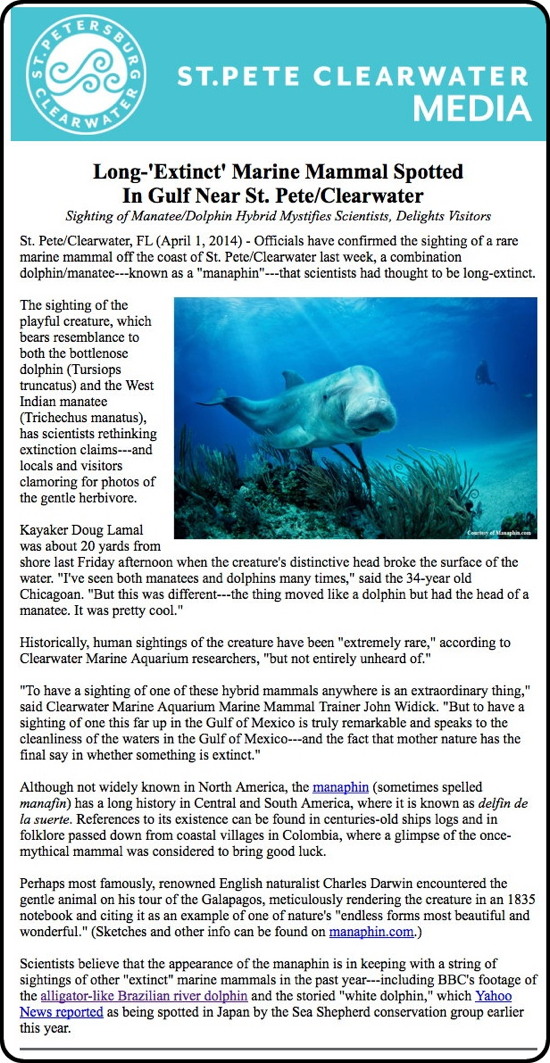