In the segment, naturalist David Bellamy talked about how excited he was to finally see the Lirpa Loof, which he had read about as a child.

The Lirpa Loof, Bellamy noted, had some unusual habits and traits. For instance, it had purple droppings which it used to mark its territory. The droppings were purple because of the Rhododendron flowers it loved to eat. It was also a natural mimic, imitating whatever it saw a person doing. This delighted crowds at the zoo.

Unfortunately, the total number of Lirpa Loofs in the world was "small and diminishing."

The scientific name of the Lirpa Loof was Eccevita mimicus. "Eccevita" is Latin for "That's Life." 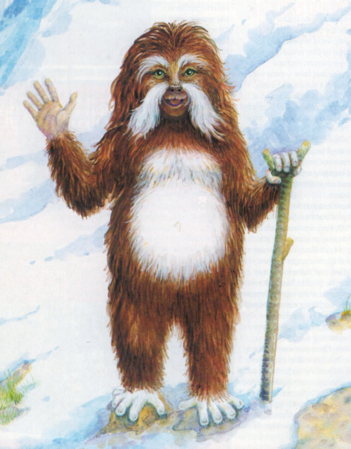