MINI Australia warned drivers of the MINI Cabrio that a detail of their contract specified that they always had to keep the roof of their car open, even during inclement weather. Failure to honor this contract would meet with severe punishment. The driver would be "ejected from their vehicle" and their car would be given to someone "willing to comply with the Contract."

A team of specially trained MINI operatives, the MINI Roof Down Squad (M.R.D.S.), took to the streets of major Australian cities on April 1st in order to detect violations of the MINI Always Open Contract. 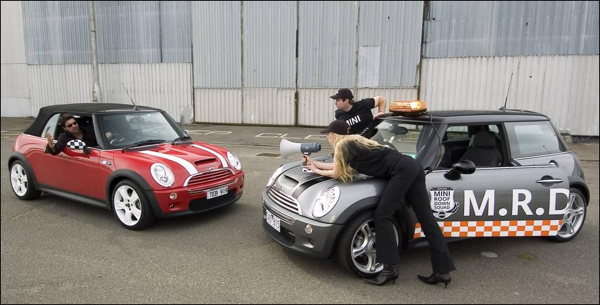 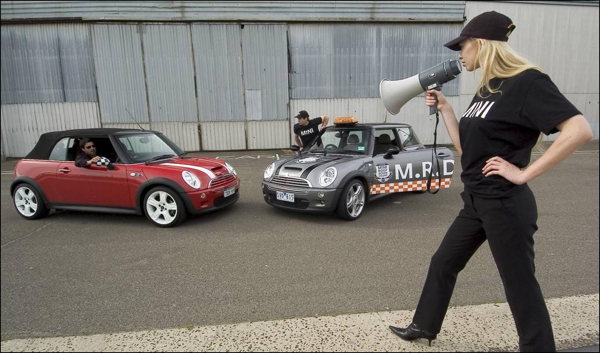 As of today, any MINI Cabrio driver detected driving with the roof closed, in flagrant contravention of the MINI Always Open Contract, can be ejected from their vehicle.

MINI will re-allocate the vehicle to a purchaser who is willing to comply with the Contract.

The MINI Cabrio driver ejected from their car will be offered a MINI hardtop of comparable specification.

To enforce the Always Open Contract, MINI will deploy teams of specially trained operatives, to be known as the MINI Roof Down Squad (M.R.D.S.).

The M.R.D.S. will patrol the central business districts of major Australian cities, and will spring into action the second the patrol detects violations of the MINI Always Open Contract.

The MINI Always Open Contract stipulates that drivers of the MINI Cabrio will drive with the roof open at all times, even during inclement weather.

Notable exceptions to the Always Open driving requirements as stated in the Contract include:

"We have no intention of allowing the MINI Always Open Contract to be treated with contempt," said MINI Australia's Max Headroom.

"Our owner exchange program is the first of its type in the world underlining MINI's commitment to innovation.

"Demand for the $35,900 MINI Cabrio and $44,900 MINI Cooper S Cabrio is so strong we cannot afford to allow these cars to be driven by people who are not committed to the spirit of open air motoring. There are enough people waiting for a MINI Cabrio for us to take this unprecedented action," Mr Headroom said.
April Fool's Day Automobile Hoaxes Australian April Fool's Day Hoaxes April Fool's Day, 2005
Tweet