The Daily Mail ran a photo (doctored) of Home Secretary Jacqui Smith walking out of a lingerie store. The headline above it read, "Oh Jacqui, surely that can't be you?"

Jacqui Smith had recently been embroiled in a scandal after her husband downloaded two pay-per-view adult films, the cost of which Smith had included as part of an MP expenses claim. 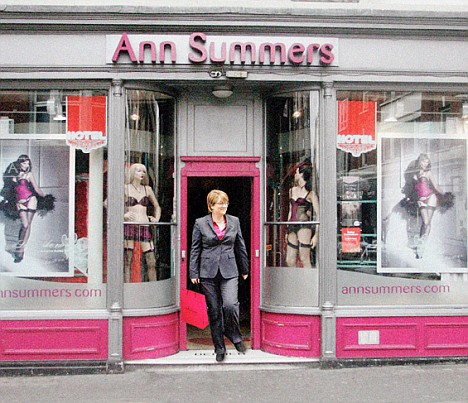