The Daily Express reported that a British inventor had built an invisible car, designed to fool speed cameras:

"It is beautiful in its simplicity... The plastic film appears completely normal to the human eye. But the flash of the camera reacts with molecules in the film and light is reflected outwards to make the car appear invisible in pictures."

The inventor admitted that the one problem was also covering the wheels and developing an invisible suit to wear. 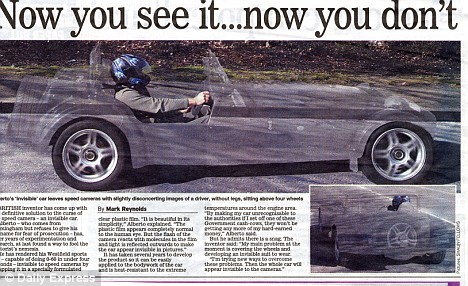