"You should have seen his face! 'Gosh, Joe,' he says, 'I sure fell for that one.' He takes it like a man though; so I buy him a drink. 'I want to Double My Enjoyment of this,' I tell the bartender, slipping him a wink. He's wise, and sets us up a couple of drinks of that swell whiskey with No Rough Edges...

Bill takes a sip and, for the first time, smiles as though he really means it. 'No hard feelings?' I ask him. 'Nope,' he says, 'Not when you start buying me expensive whiskey like this.'

'April fool again!' I yell, 'This is Ten High — and it costs less than that whiskey you've been drinking!' He agrees that the joke's on him, but says it's worth it to find out about tasty Ten High!" 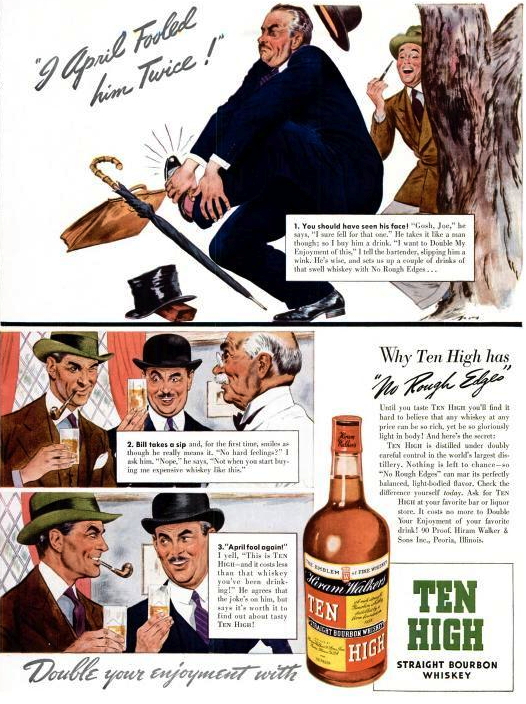