Radio-Electronic's annual April Fool article, credited to Mohammed Ulysses Fips, described an automatic sleep inducer called the Hypnotron
created by a Soviet scientist, Professor Vladimir Ivanovitch Nikulturno. The device was said to be an audio oscillator that produced a series of signals of random pitch and duration. Users simply counted each signal, as if they were counting sheep, and within 15 minutes they would be asleep.

Fips claimed the device had quickly become wildly popular among the sleep-deprived populace of Russia. So much so, that Soviet leaders feared the nation's productivity was being "undermined by a sleep-gadget." As a result, Professor Nikulturno had been executed and his invention destroyed. 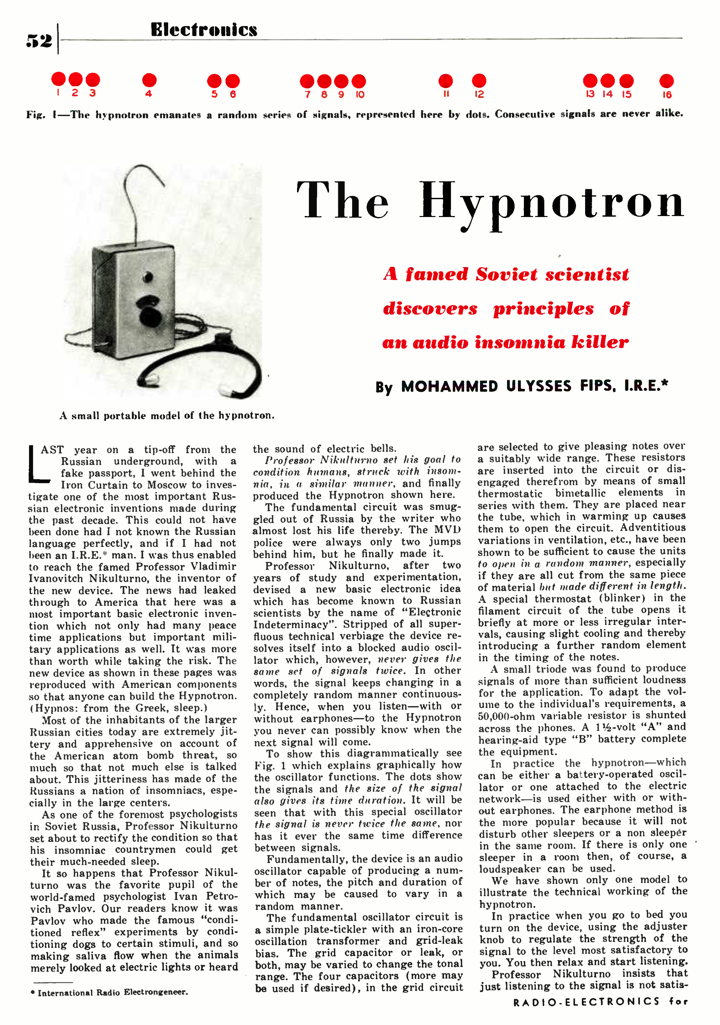 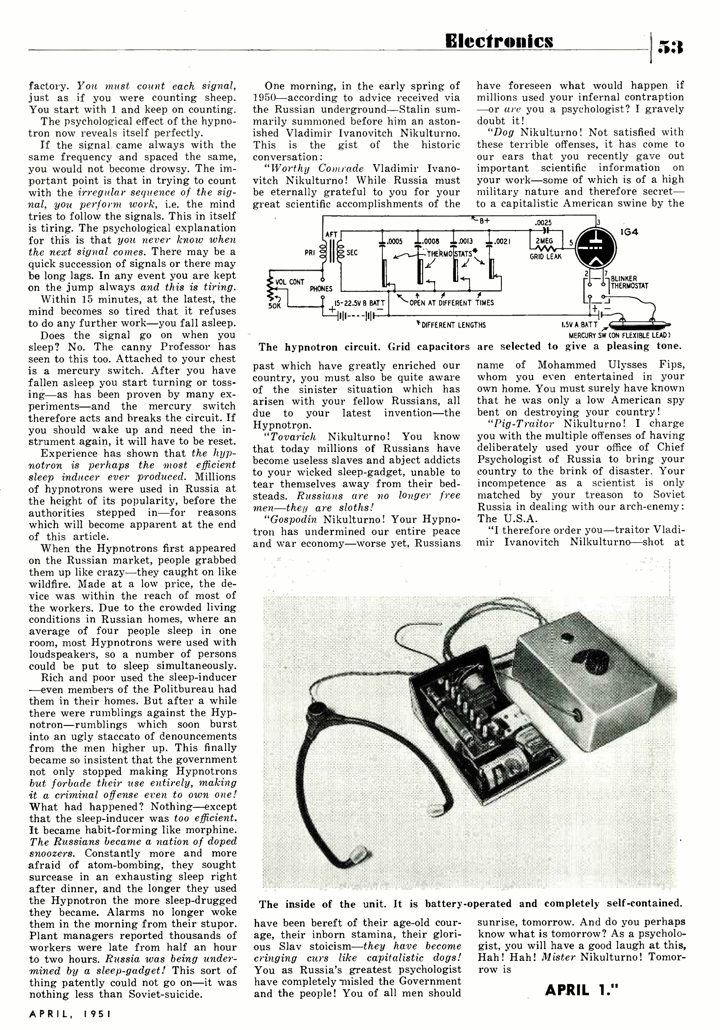