During a conference with the German press in January 1918, Field Marshal Paul von Hindenburg was asked to address the fear that there would be no food in Germany by May of that year. Hindenburg reportedly said, "My reply is that by next April I shall be in Paris."

Hindenburg's statement was greeted with incredulity by the western powers, since the military leaders knew it was close to impossible for the Germans to break through their lines and advance to Paris within the next sixty days. One government official noted derisively, "April 1 would be April Fool's Day."

So even though Hindenburg hadn't boasted that he would be in Paris on April 1 specifically, in the popular mind that became the date of his predicted arrival.

When April 1 arrived and the German forces were no closer to Paris than they had been in January, the western press gleefully portrayed Hindenburg as an April Fool. In fact, Hindenburg's non-arrival in Paris was, by far, the dominant April Fool's Day story in 1918 — a year which otherwise saw few notable pranks (would-be pranksters were evidently in a subdued mood because of the ongoing war).

Cartoonists, in particular, used the imagery of classic April Fool's Day pranks (the purse on a string, brick in a hat, etc.) to portray Hindenburg as a foolish victim of his own hubris. 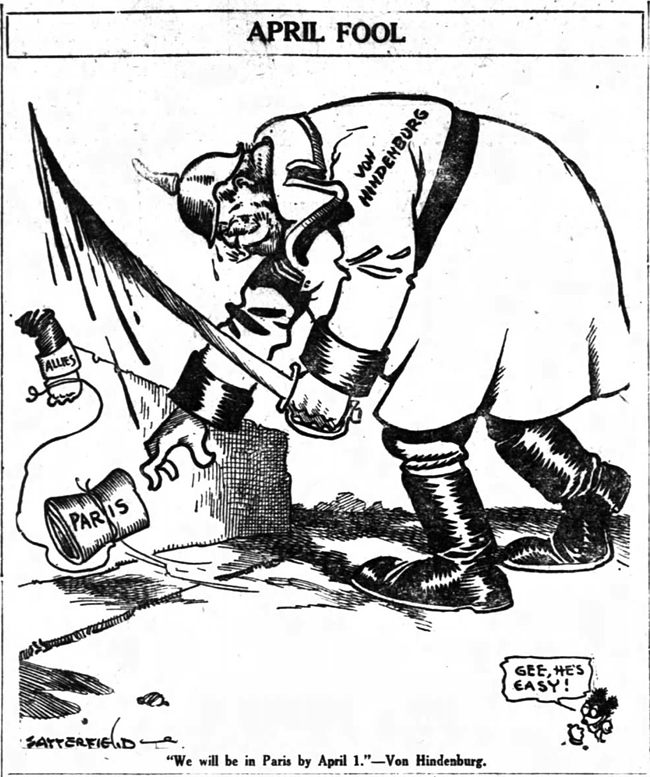 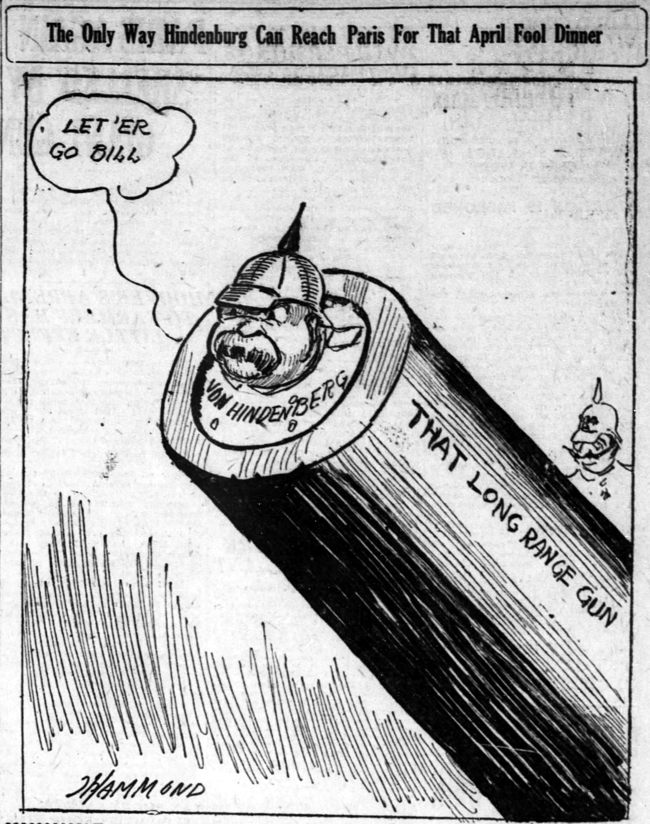 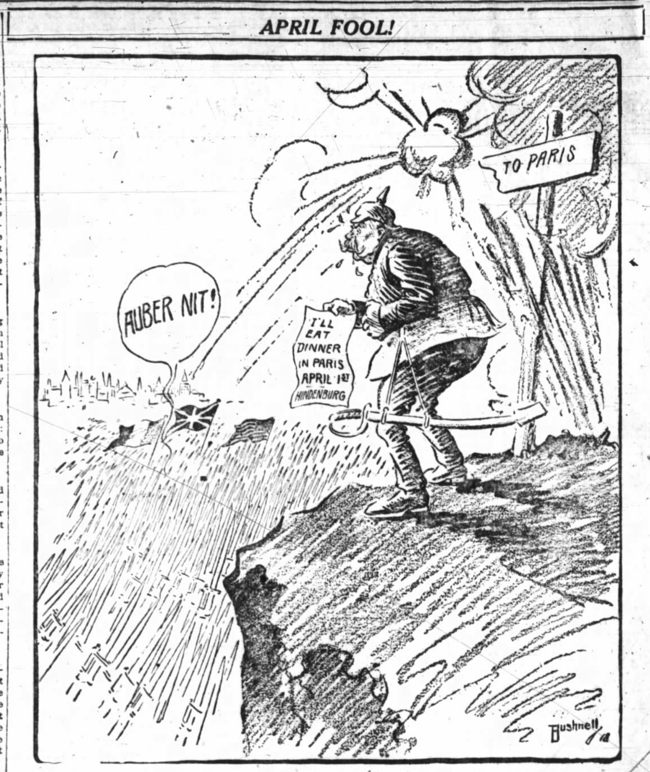 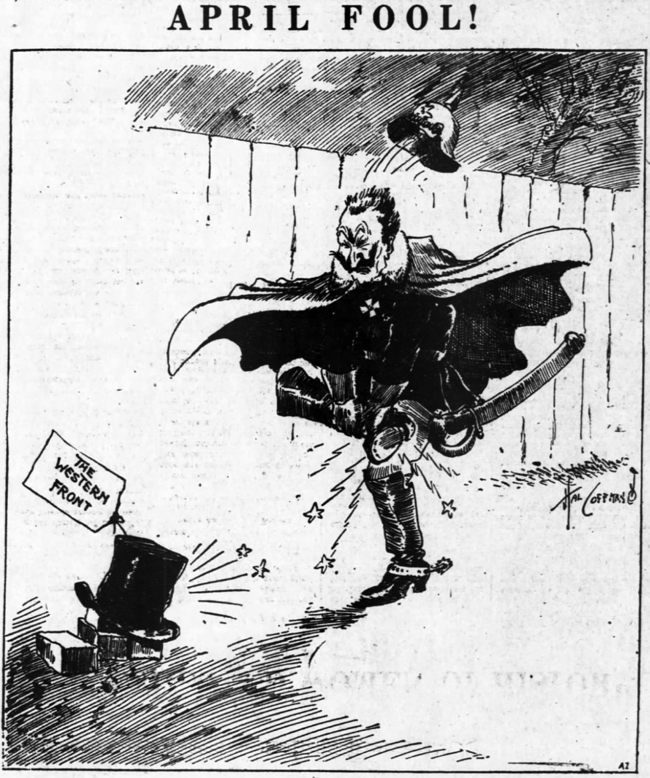 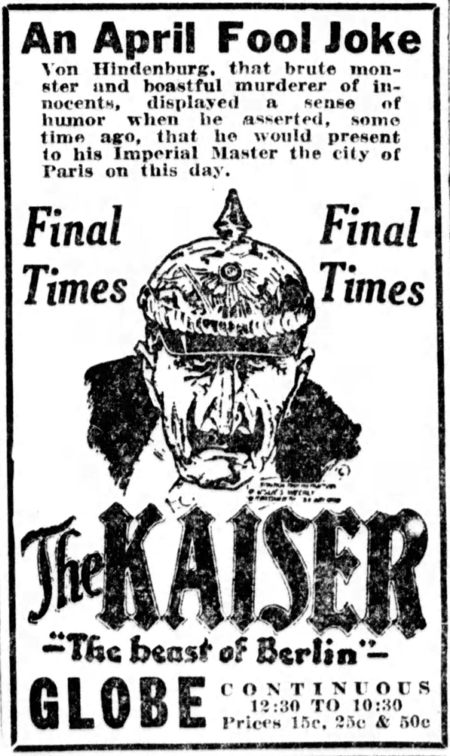