Google announced that it was officially changing its name to Topeka. The name change was a response to the recent decision by the mayor of Topeka, Kansas to change the name of his city to Google.

Google remarked: "We didn't reach this decision lightly; after all, we had a fair amount of brand equity tied up in our old name. But the more we surfed around (the former) Topeka's municipal website, the more kinship we felt with this fine city at the edge of the Great Plains." 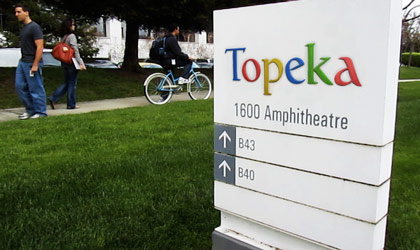 Google cautioned that its new product names might take some getting used to. For instance, the former Google Maps would now be called Topeka Maps. But it assured everyone that its services would continue to offer information from across the globe, not just from Topeka.

The company also offered guidelines for the proper usage of the new name: