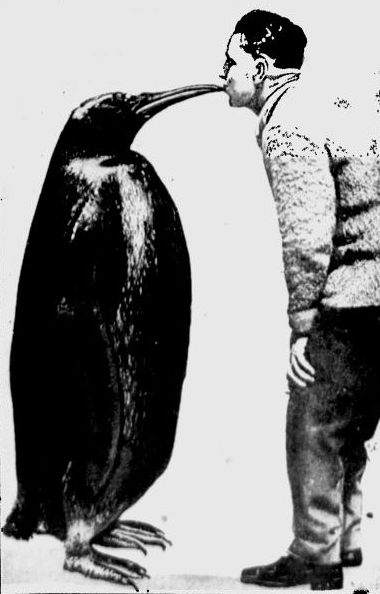 A German newspaper ran a "news photo" of a giant five-foot-high penguin affectionately kissing a man with its long beak. The accompanying story explained that the Gargantuan penguin had recently been brought to Berlin and was being kept in a private zoo. Eventually, the plan was to take it on a tour of the world as part of an attraction in a circus.

Several days later the newspaper admitted that not only the picture a composite, but that the bird shown was a stuffed member of its species.