An advertisement that appeared on page five of the Australian newspaper claimed that Prime Minister Kevin Rudd had volunteered the use of the electorate offices as a child-minding service: "Each MP's electorate office will today be accepting newborns for a free child minding service. This is another example of Labor's commitment to working families." The advocacy group Get Up later claimed responsibility for the ad. 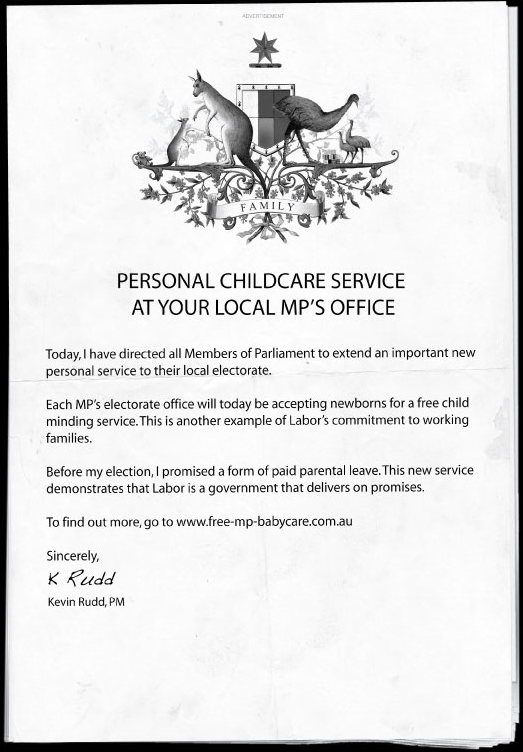