The French embassy in Japan reported that a joint team of French and Japanese researchers, working in the southwest of France, had found a fossilized croissant, which revealed that this popular breakfast food was being eaten in the region as long ago as 20,000 years, contradicting the widespread belief that croissants were invented in Vienna in the seventeenth century. 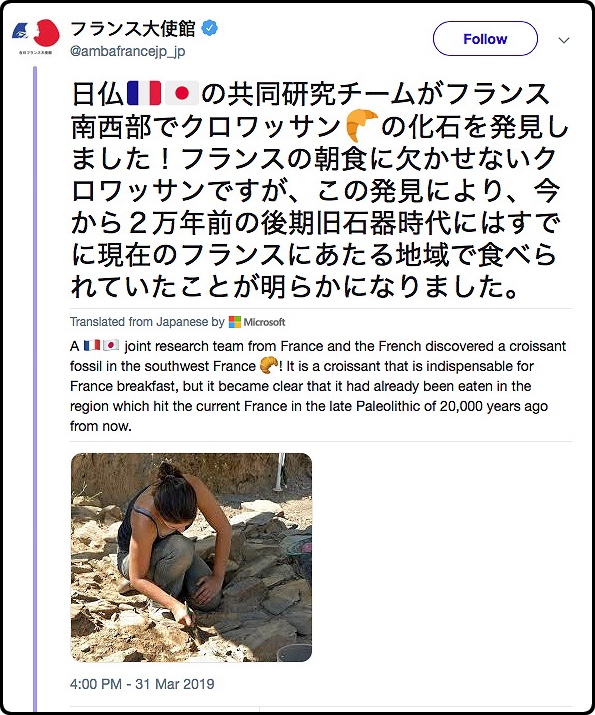 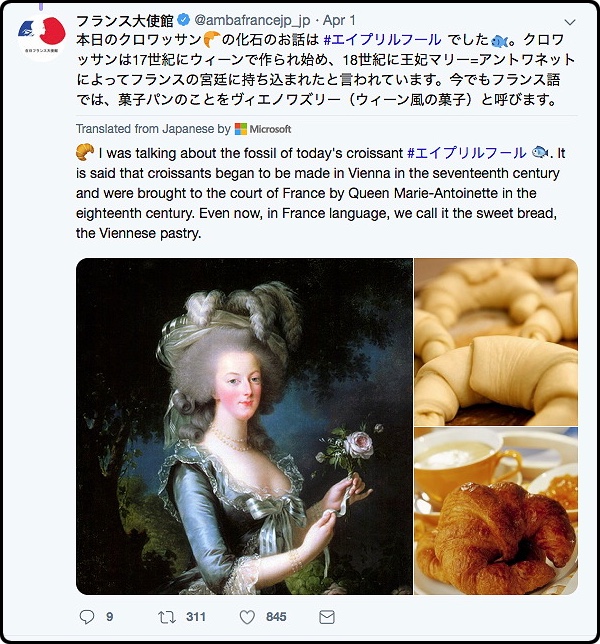