Byte Magazine published a technology update describing an invention that it hailed as the “first practical Touring Machine”:

This month in the hills of New Hampshire, we discovered an example of computer technology in the form of the first practical Touring Machine, shown here complete with a unary relocatable based operator (in IBM OS PL/1 parlance). For those individuals having less than a passing acquaintance with computer science, the Turing machine is a famous mathematical construction first formulated some decades ago by Alan Mathison Turing, and which can be shown to be logically equivalent to any digital computer implementation. A Turing Machine is to computing what a Carnot cycle is to thermodynamics. (The fact that this particular Touring Machine implementation looks like a CarNot Cycle is purely incidental.) But Turing machines have been notoriously impractical in terms of everyday computer usage until this new product rolled into town. This newly released virtual Touring Machine, version 27 chain level 1, incorporates numerous state of the art features which make it one of the better examples of the form. 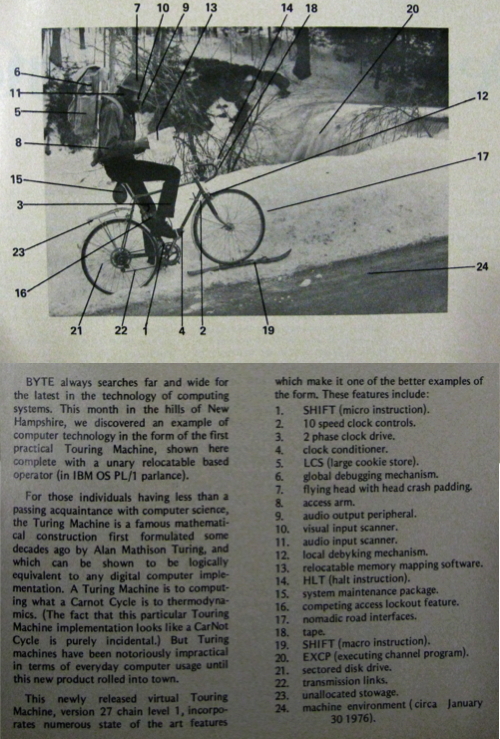