The Economist magazine announced it would be building a new theme park on a former industrial estate in East London:


AS PART of a strategy designed to broaden the revenue base, leverage content over new platforms and promote The Economist brand to a young and dynamic audience, The Economist Group is delighted to announce the development of a public-entertainment facility that combines the magic of a theme park with the excitement of macroeconomics...
Among the thrilling experiences Econoland will offer are:
The currency high-roller: Float like a butterfly with the euro and drop like a stone with the pound! Chamber of horrors: Tremble at the wailing of distressed debt! Fiscal fantasyland: Watch the economy shrivel before your very eyes as you struggle to stop growth falling! Bankrupt Britain: Pit your wits against the government as you try to sink sterling and bring the country to its knees! The Severe Contest: Try your strength against a bear market!
"Econoland will appeal to the kid in everyone", said a spokesman for The Economist Group, "although children themselves will not be admitted". 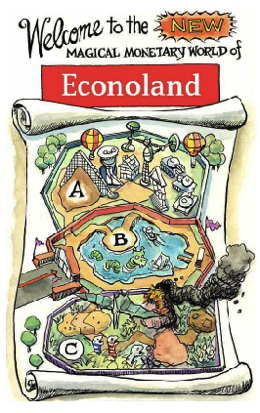