The British Department of Energy ran a full-page ad in the Times and Guardian newspapers announcing that the earth's axis would be shifted at 11:02 a.m. that day in order to warm Britain's climate and conserve energy. The advertisement, which reportedly cost £18,000 to place, included a map of how the earth would look after the shift. At the bottom of the ad appeared the phrase 'April Fuel.' The Department later explained that it placed the ad in order to provoke thought about energy conservation. However, the ad received some criticism. Mr Stan Orme, shadow energy secretary, remarked, "This is an outrageous expenditure of public money. Let us hope this is the last time we see such expensive nonsense." 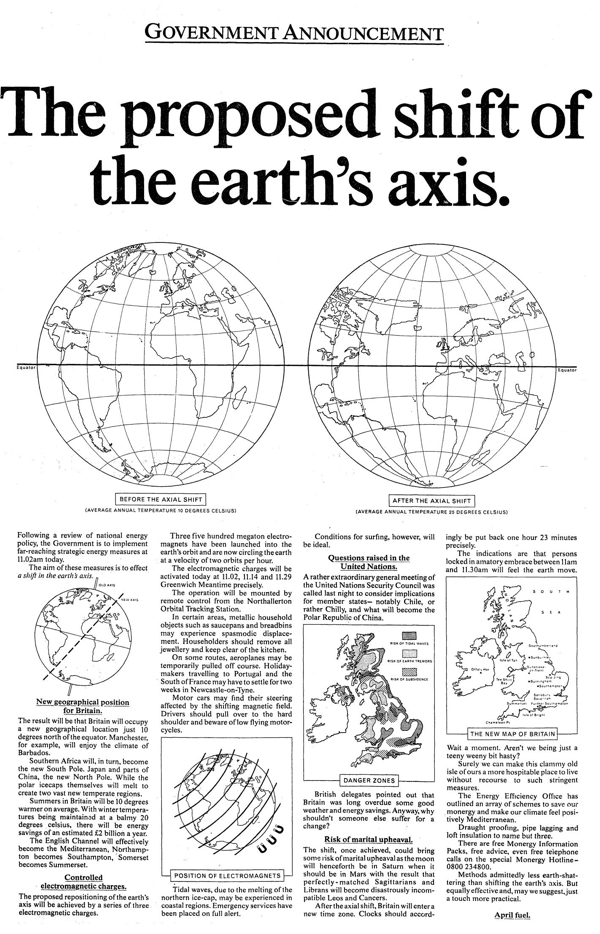