Popular Electronics magazine ran an article about contra-polar energy — a kind of negative energy that, so it claimed, would cause electrical devices to produce the opposite effect of what they normally would do. For instance, if contra-polar energy were applied to an ordinary table lamp it would cast darkness instead of light. Similarly, if applied to a soldering iron or a hot plate, the devices would grow freezing cold.

Contra-polar energy technology was said to have been developed during World War II, but kept classified. The decision had recently been made to declassify it because of its potential use to the general public. 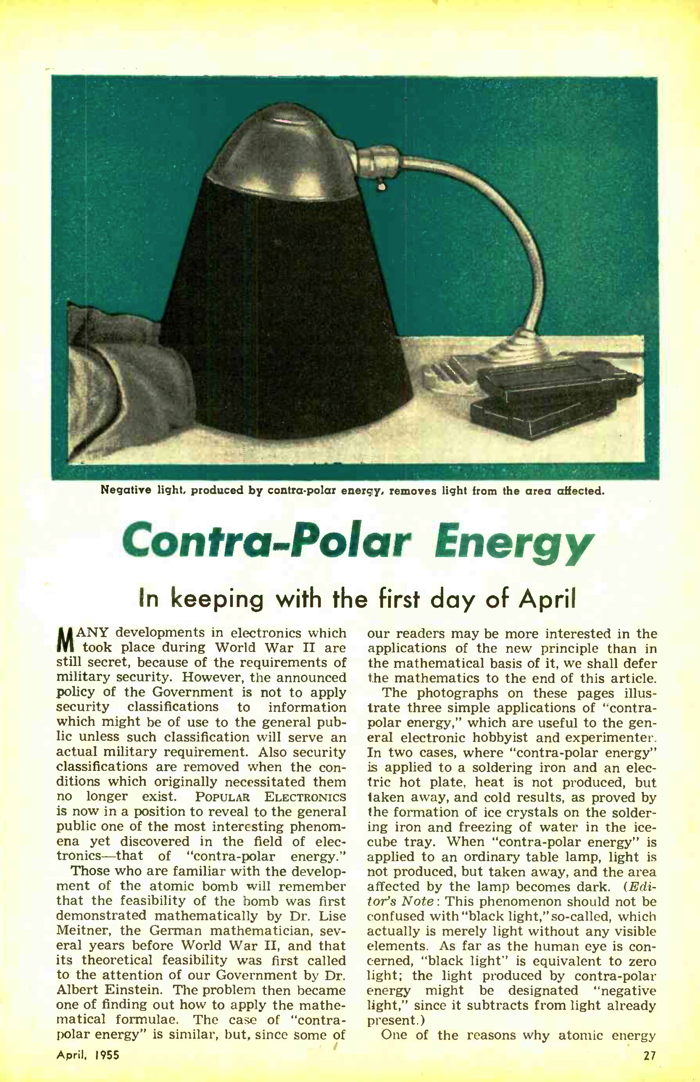 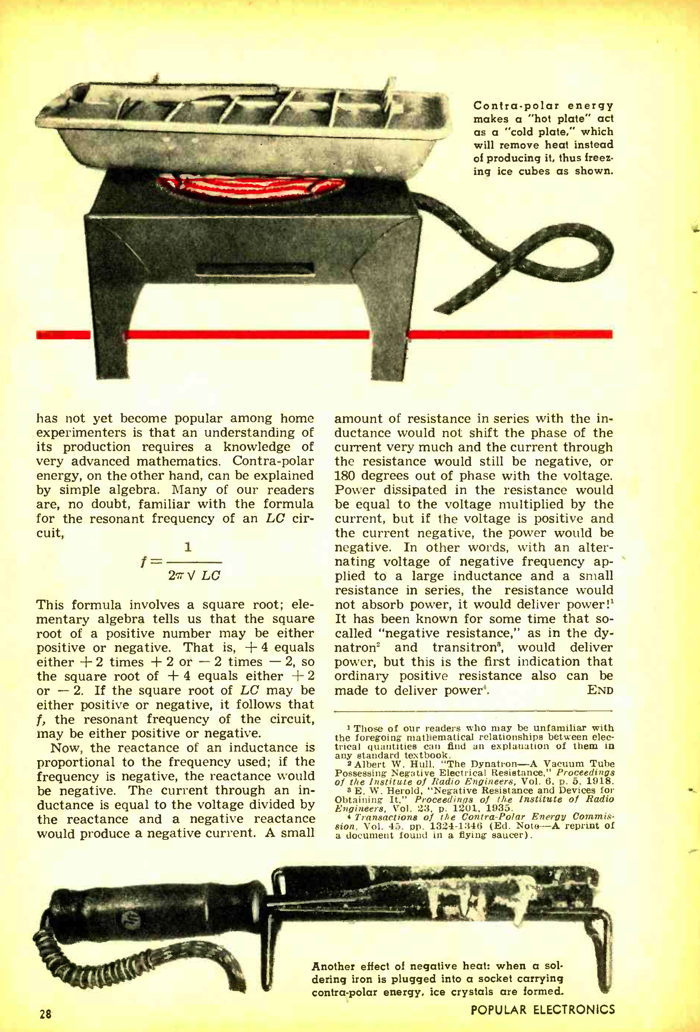