NPR movie critic Bob Mondello reported for All Things Considered on a remake of the 1941 movie classic Citizen Kane. The new version, titled Citizen Kane 3-D, was directed by and starred Keanu Reeves, and added a martial-arts subplot to the tale of a wealthy media tycoon who dies friendless, haunted by his childhood.

The movie also starred John Malkovich, Charlize Theron (as Kane's second wife), and Reeves's "Bill and Ted" co-star Alex Winter as Kane's eventually estranged best friend. Reeves digitized and repurposed shots from his earlier movies, such as the surfing movie Point Break, so he could play the young Charlie Kane.

Mondello noted, "Perhaps it's best to think of this Kane as a reinterpretation, not a remake. Citizen Keanu, if you will. 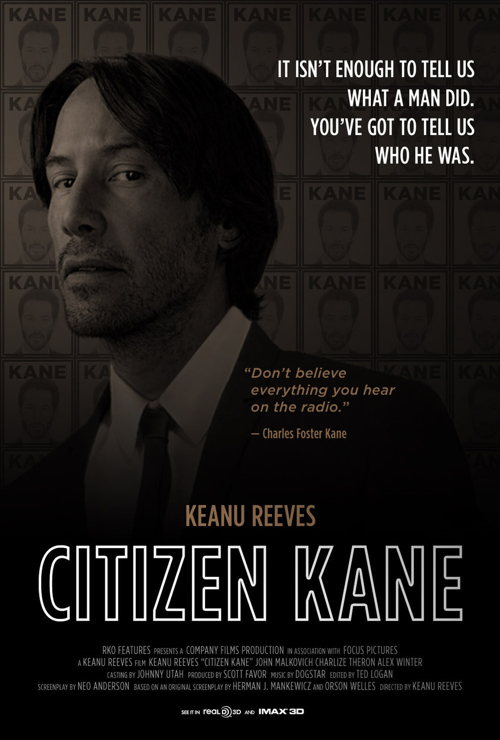