The April Fool issue of the City College of New York's student paper, The Campus, provoked a strong reaction from the faculty and administration of the school. Dean James Peace denounced its "blatant vulgarity" and said it was "so disgusting that it could hardly be called funny." Copies of the issue were collected and destroyed by the college.

The lead article in the issue declared that the college's charter had been revoked by the Board of Higher Education. Other articles satirized faculty and administrators. No real names were used, though photos made it easy to identify victims.

The most controversial article accused college President "Harvey N. Sprite" of sexually attacking his secretary. A photo of the actual college president, Dr. H.N. Wright, ran next to the story. 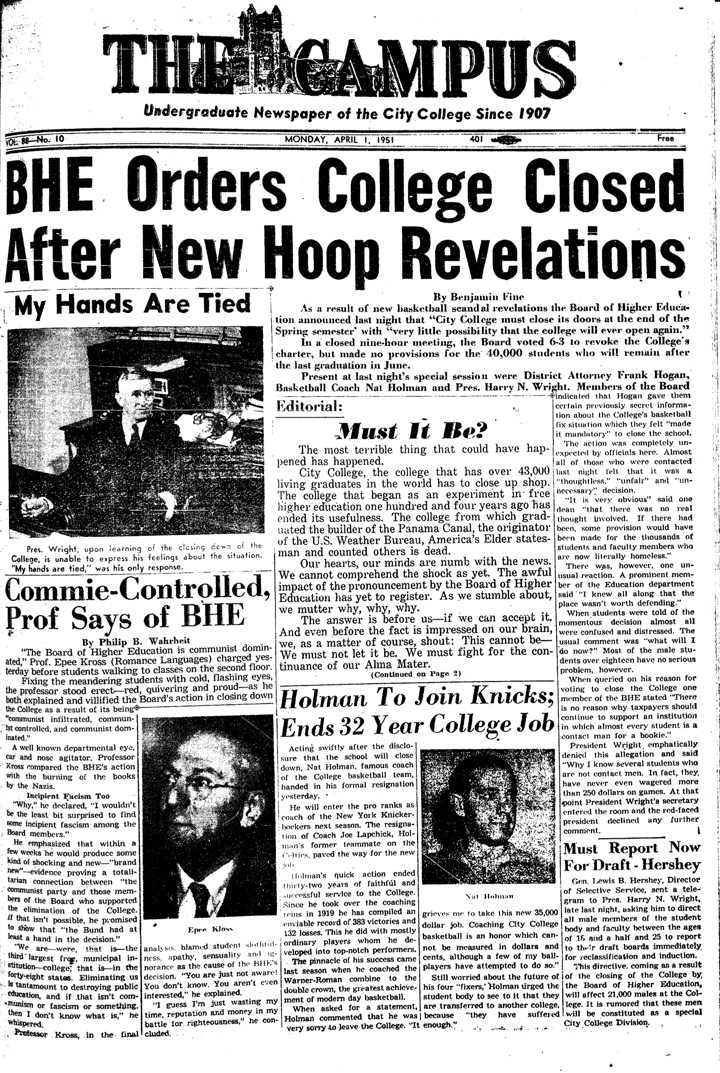 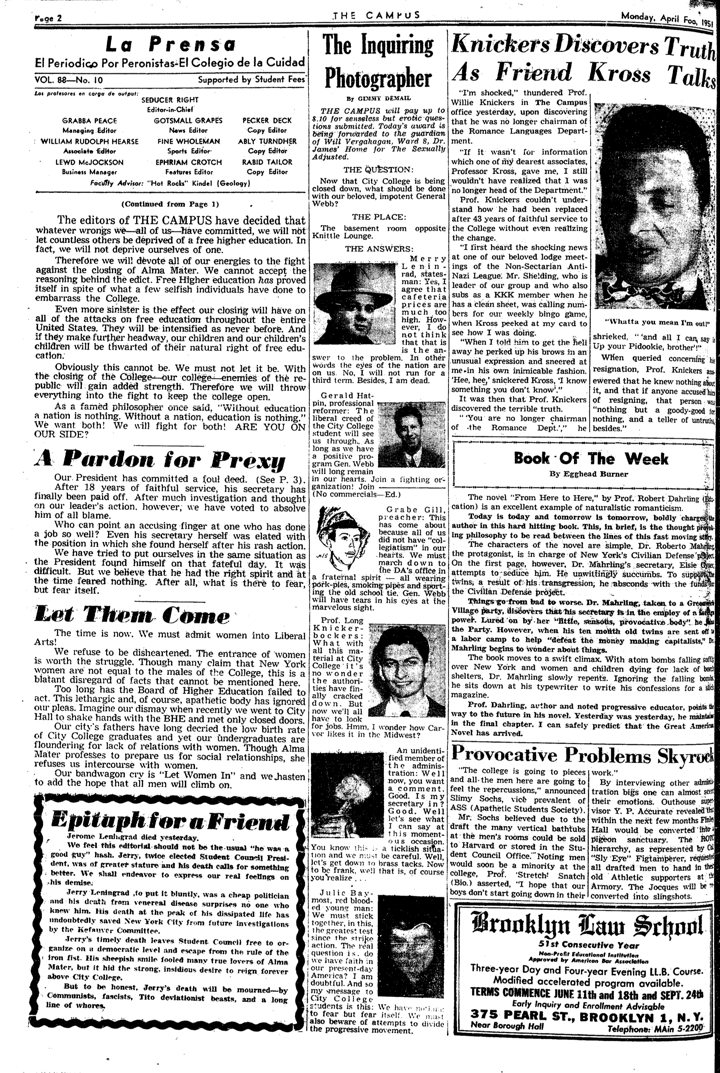 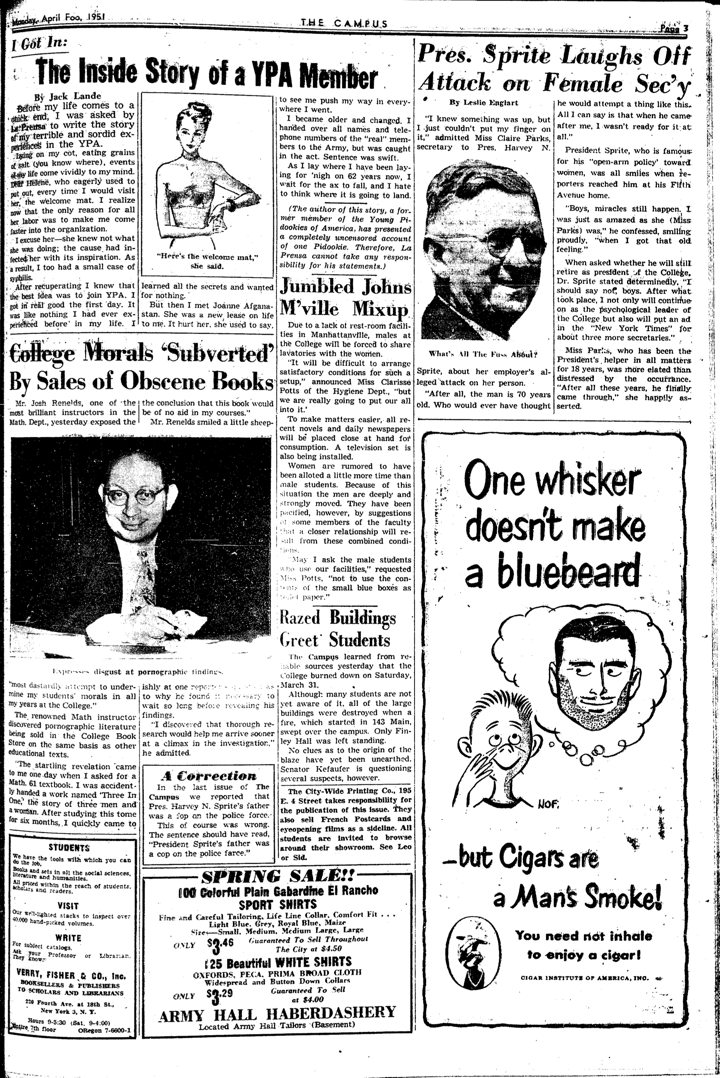 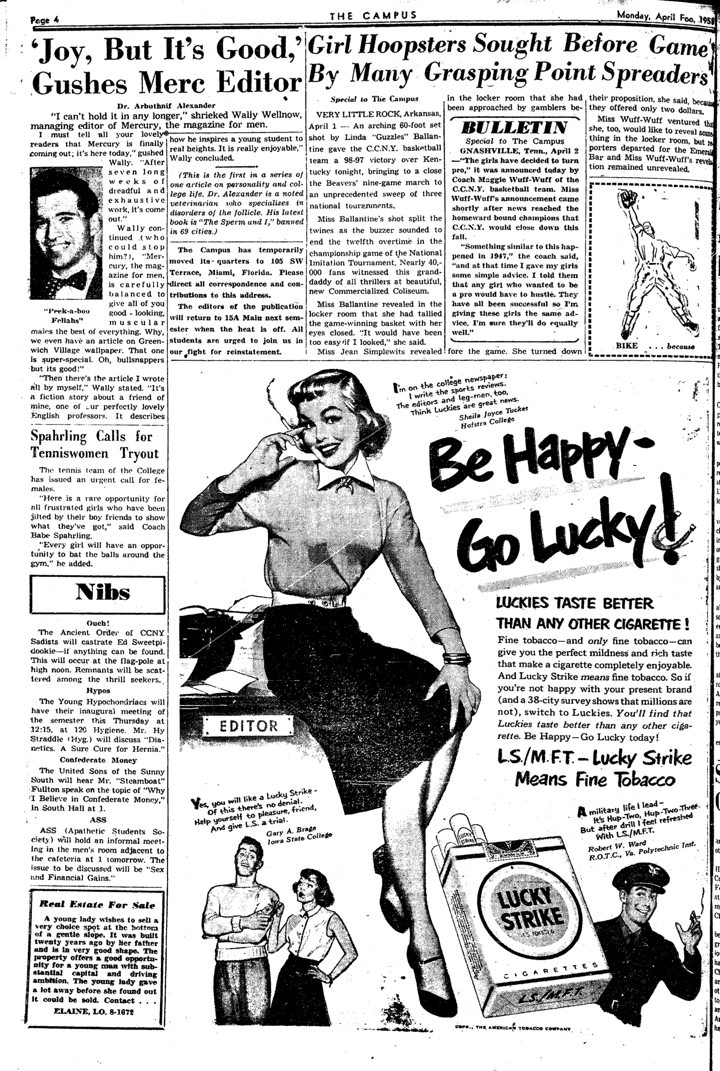