According to a study published in Trends in Ecology and Evolution, Dr Antonia Monteiro at SUNY Buffalo is developing a genetic modification method that would allow companies to put markings such as logos on butterflies by scanning their wings with a laser beam. Virgin is confident that butterfly advertising will become a successful and popular new medium for airlines… Virgin executives say they hope to launch the butterfly program by the spring, allowing time for final testing and lasering of the Virgin logo on the butterflies. Virgin hopes to be able to control the flight areas of the butterflies, keeping them within major park and recreational areas, but is still working out specific details." 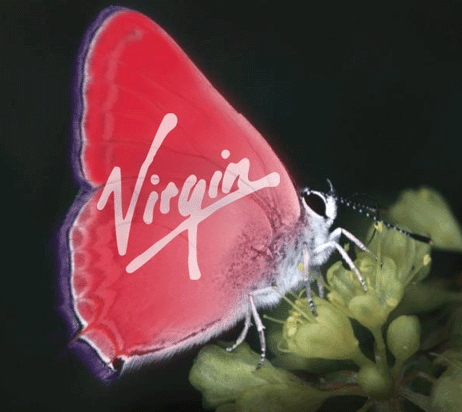