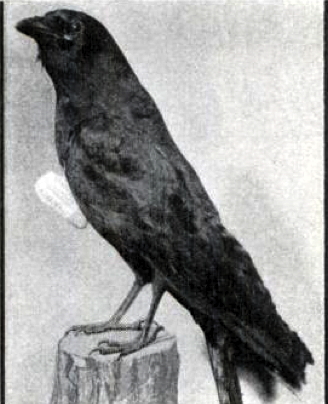 The Elkhart Daily Truth detailed a plan to create a protective air fleet for Indiana at low cost by attaching miniature, eight-ounce bombs to 25,000 crows, which would be trained to release the bombs on the enemy. The report included a photograph of one of the "Black Bombers." The "bomb" in the picture was really a salt shaker, and the crow was stuffed.