An ad in the London Times announced that everyone in the UK was due a tax refund of £2,030. The fine print revealed that the refund was an "apology" from the Conservative Party, and that to collect the money one needed to write to Conservative Party Headquarters.

In reality, there was no refund heading everyone's way. The ad had been placed by the Labour Party. It was the first time a British political party had run an April Fool's Day ad. 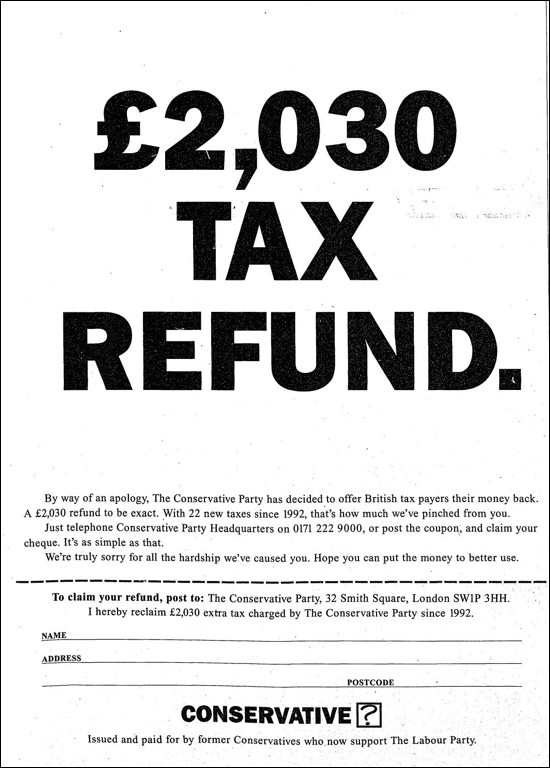